A lot of Lib Dems have been defining the party and themselves as “centrists” over the past few years. Nick Clegg has frequently referred to us as the party of the “radical centre”. The whole election strategy was based on taking up a defensive position between Labour and the Conservatives: “look left, look right, then cross”. 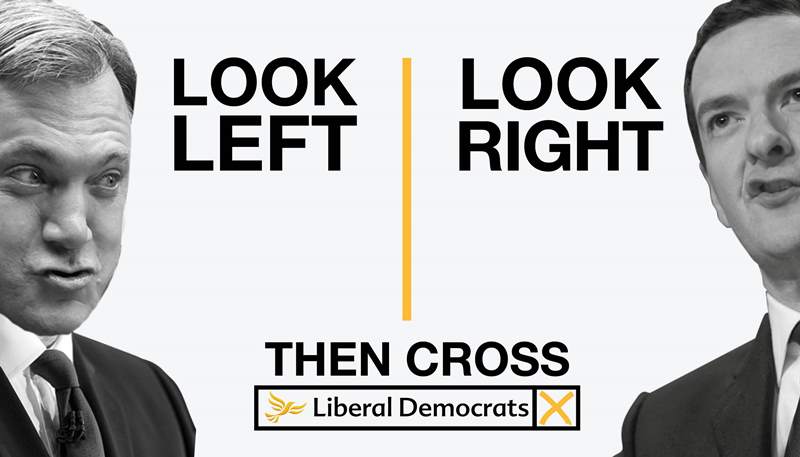 The purpose of political parties is precisely not to define themselves based on the existing political landscape. By choosing the word “centrist”, that is what we did. In the UK’s political environment, after 30 years of Thatcher and Blair, the political “centre” shifted markedly to the right. Voters instinctively recognise this.

Instead it is the job of political parties to change the political landscape. We do this by defining what it is we believe, and then crafting policies that turn those beliefs into tangible change. It is really a very simple process. It’s made simpler if your party is founded on the basis that you will protect certain interests, as the Conservatives and Labour Party were.

For the Liberal Democrats it’s slightly more complicated, because what we believe in is more abstract. Fundamentally, we believe in the protection and extension of freedom – liberty – for all individuals in society. The problem with that is that abstract concepts are more difficult to communicate and more difficult to translate into tangible change. But that is the problem we must overcome if we are to renew the party and restore its place in UK politics.

So let’s hear no more of “centrism”, please. You can’t build anything lasting on shifting sands.

One thought on ““Centrism” is Not a Thing”