Nick Clegg, former Lib Dem leader and Deputy Prime Minister, is at it again. Yesterday he published an opinion piece in the Financial Times on the secret burning desire of EU leaders to address the ‘untouchable principle’ of freedom of movement. He tweeted it out to the world in this way:

The belief that freedom of movement is an untouchable principle cannot remain unchallenged. EU leaders increasingly recognise this, and an overture to the U.K. on both external and internal immigration could be a crucial move. My new @FT column https://t.co/GMdukgPSDg

I do not have time to deal with the article itself. As usual it is technocratic, moderate-sounding ‘inside baseball’ about the manoeuvres of EU member states on migration, making out as if it’s oh so reasonable to chip away some more at the only fundamental principle of the European Union that makes it truly different from any other capitalist trade project.

What I really want to say is this: if Nick Clegg really thinks that now is the time to make this argument, he is either not a liberal in any sense, or entirely ignorant about what the impact of his words will be.

Does he really think that no one in Europe is making the argument to curtail freedom of movement? It seems impossible that he does; for one thing, his own article suggests that literally everyone is already challenging the principle he claims is untouchable, even if only privately.

Does he really think no one in the UK is making the argument to curtail freedom of movement? Given he has been one of the leading pro-EU voices in the Brexit farrago throughout its tortured history, it seems impossible that he does.

In short, the ‘untouchable principle’ he invokes in his tweet is not just touchable: it’s already covered in the dirty fingerprints and nail gouges of the people who are driving the UK and other European nations rapidly away from liberal democracy.

The only explanation for his tweet and his article is therefore that he genuinely believes adding his own voice to the argument against freedom of movement is the most important thing he could do at this point in British and European political history.

A real liberal leader would not be giving any space whatsoever to the nativist, authoritarian forces that have risen up in the UK and Europe. Instead, they would be emphasising the popularity of freedom of movement within the EU, which is overwhelming and, if anything, increasing. Compare for example these two charts, from 2015 and 2018, both taken from regular Eurobarometer surveys of public opinion on the EU and its institutions.

A real liberal leader would be using the current moment to defend freedom of movement as an absolute red line in the European Union, advocating our continued membership of the EU on that basis, and instead seeking to expand the principle of freedom of movement globally.

I long for such a leader to arrive. Sadly, I no longer expect one to come from the ranks of the Liberal Democrats. Even though Clegg is no longer the party’s leader, his legacy and ongoing influence is clear, and the failure of the party and its current leader to counter this craven illiberalism brings shame on all of its members.

Over the last couple of days I’ve been dipping my toe into that infamous Twitter meme, “1 Like = 1 Unpopular Opinion.” You can see all my inane (the S is silent) ramblings here, but I’d draw particular attention to no. 17:

17. Future historians will look back and be completely baffled by the unpopularity of the Liberal Democrats at this point in the UK's story.

A lot of people will look at that and laugh. The Lib Dems are, after all, at a low ebb, even by our own ebb-inclined standards. We somehow contrived to lose vote share at this year’s general election, even if we did gain a few seats. And despite having changed to a serious, heavyweight (if slightly long-in-the-tooth) leader, we’re still struggling to get a hearing in the media.

However, it’s not all our fault. Part of the problem is that people who could make a difference and get us moving forward keep pretending we don’t exist. It seems like every other day someone comes up with a bright idea to start a new liberal party that is pro-Remain. Sometimes it feels like it happens every single day.

A few days ago, for example, the Financial Times reported that a random bloke from Battersea (?) is starting a party called Renew. This prompted a Newsweek journalist to tweet:

FOR THE LOVE OF MERCIFUL GOD IN HEAVEN THE. LIB. DEMS. EXIST. pic.twitter.com/V7iDDeRgIR

There’s also James Chapman’s Democrats, which appear to have done precisely nothing, if they even exist at all.

And then today, lo and behold, another game-changing movement has arisen. This time it’s the Economist‘s Berlin Bureau Chief, Jeremy Cliffe (hitherto a sensible and extremely well-informed journalist, especially on EU issues) who is donning Macron’s clothes:

The basic idea is a pro-tech, pro-Europe, social-liberal "Radicals" party in Britain. Let's see where we get with it.

Just a couple of hours after his initial tweet proposing the ‘Radicals’ my friend Jon Worth had snapped up a Twitter handle, which got immediate attention:

Jon, who also lives in Berlin, then hastily wrote up the rapidly growing movement on his blog at what must have been some ungodly hour (I’m in San Francisco and so have no grasp of European timezones), mentioning my somewhat brusque response:

Look, I get it. I get that being part of something new and dynamic and Macron-like is much more exciting than joining a political party that peaked in 2005, screwed up massively in 2010/11, and has since had a descent roughly akin to a drugged-up squirrel that’s obsessed with that one R Kelly song.

But the UK doesn’t have a mechanism for a Macron. Whatever people say about our system being more ‘presidential’ than democracies with actual presidents, you have to be a political party of substance and scale to succeed in a general election. Starting a new party is going to achieve nothing while wasting your energy and distracting from the real goal.

Like it or not, if you want a pro-EU, pro-business, pro-tech UK political party, there is already one that has over 100,000 members, 12 MPs, thousands of councillors, and an internal democracy that compares favourably to every single one of its competitors. You can have an immediate impact. We are a party in which it’s literally possible to go from new member to MP in a year and a half, but you can also get policies passed with a bit of effort, and when we get into government, they really do get implemented.

The party you’re looking for – the party you’re reinventing – is the Liberal Democrats. We were in government just two years ago. If you are serious about stopping Brexit or at least providing some decent opposition to it, you should join us. Now. Today. 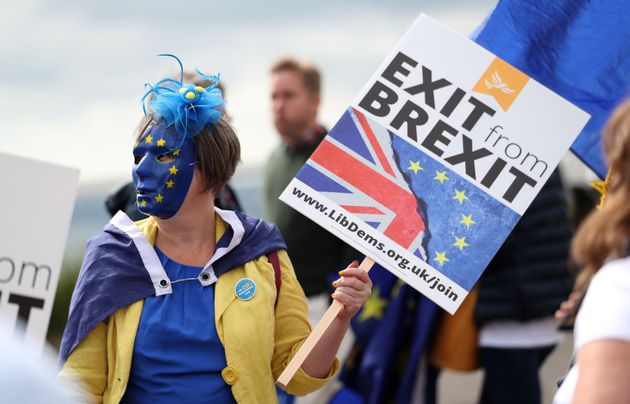